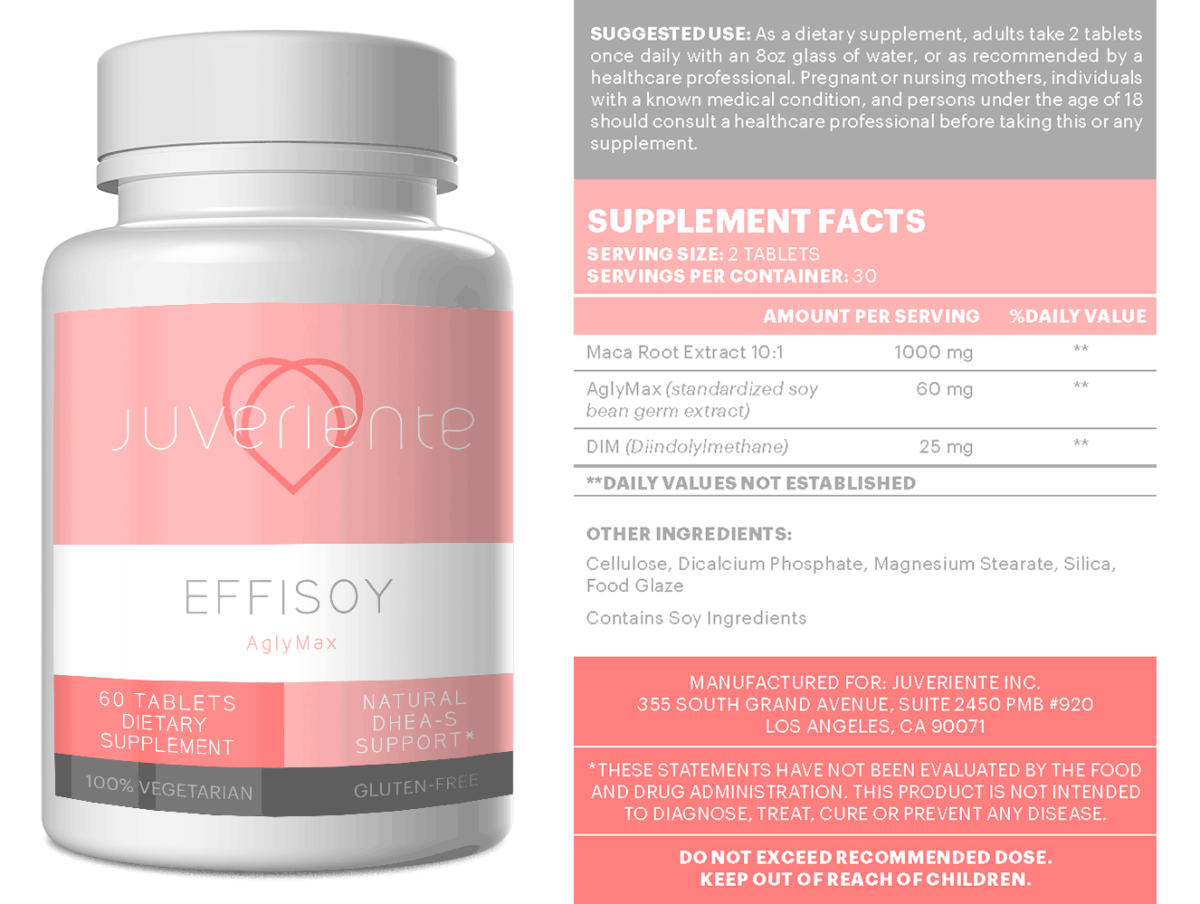 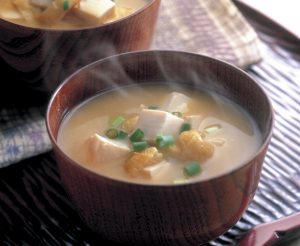 A1: It is an extract of fermented soy bean germ and it provides you isflavone aglycone. It has different functions and characters from standard isflavones (isoflavone glycosides) . A Japanese food company, Nichimo-Biotics developed this natural extract to reproduce the health benefit of Miso soup, one of the traditional popular food of Japanese people. Effisoy® is the only supplement made in the U.S.A. to introduce it to all women outside Japan.

Q2: How does AglyMax® work?

A2: DHEA is an estrogen precursor. Synthesis capacity of DHEA wanes with age. AglyMax® was proven to enhance the natural synthesis ability of DHEA inside the human body. DHEA doesn’t have power as estrogen, but can be attached to the estrogen receptor and make up the shortage of estrogen and balance it without causing unnecessary stimulus.

Q3:Is the concept of AglyMax® the same as DHEA supplements?

A3: No, it is totally different. DHEA supplementation aims to supplement DHEA externally and expects it to be turned into estrogen. The idea is similar to hormone replacement therapy but without a doctor’s prescription. Human hormones have a very fine balance in quantity. Such self-balancing of hormones can easily cause excessive estrogen, and often leads to the over-synthesis of androgens (male hormones).

The table 1 shows the changes in the quantity of estrogens and DHEA (mostly existing as DHEA-S in the body) after isoflavone aglycone (AglyMax®) supplementation. You can see that DHEA is significantly increased within a few months. It is through your natural adjustment from within.

Q3: Though DHEA is naturally increased, doesn’t it eventually have the same negative effect as DHEA supplements?

A3: Not at all. In the same table, you can see that the three estrogens didn’t meaningfully increase while DHEA almost tripled. AglyMax® is proven to suppress the enzyme that turns DHEA into estrogen (and it also causes an increase in DHEA). As far as not turning into estrogen, DHEA will balance the estrogen receptor quite safely.

Q4: If estrogen is not increased, how can it rebalance my hormones?

AglyMax® also works as an isoflavone, as it can be fully absorbed. Isoflavones have about 1/1,000 – 1/10,000 the power of estrogen. Isoflavones also fill empty estrogen receptors quite safely with their almost negligible power as a phytoestrogen.

Q5: Are soy and isoflavone safe?

A5: This is one of the most common questions in the USA, but it sounds somehow weird to Japanese people who consume much soy in various ways every day as a part of their traditional diet. Japanese people are known to enjoy above-average health. We found some online resources claiming the risk of isoflavones only as online news articles or blogs. Their common arguments are, “isoflavone is a phytoestrogen and it may prompt or stimulate breast cancer,” and “the safety of soy isoflavone is not clinically confirmed yet.”

All of these arguments lack the view that isoflavone has negligible power as a phytoestrogen and neglect to acknowledge that Japanese people, who eat the most volume of soy food per capita, far above the 2nd, are among the healthiest people in the world. (graph 1)

Here is a web page about isoflavone by Oregon University (Link: https://lpi.oregonstate.edu/mic/dietary-factors/phytochemicals/soy-isoflavones )

Q6: Is there a cohort study of the safety of soy?

A6: The National Cancer Center of Japan conducted a large cohort study by following 20,000 women, aged 44-59, for ten years. The study aimed to find a correlation between the consumption of soy-based foods and the risk of breast cancer. 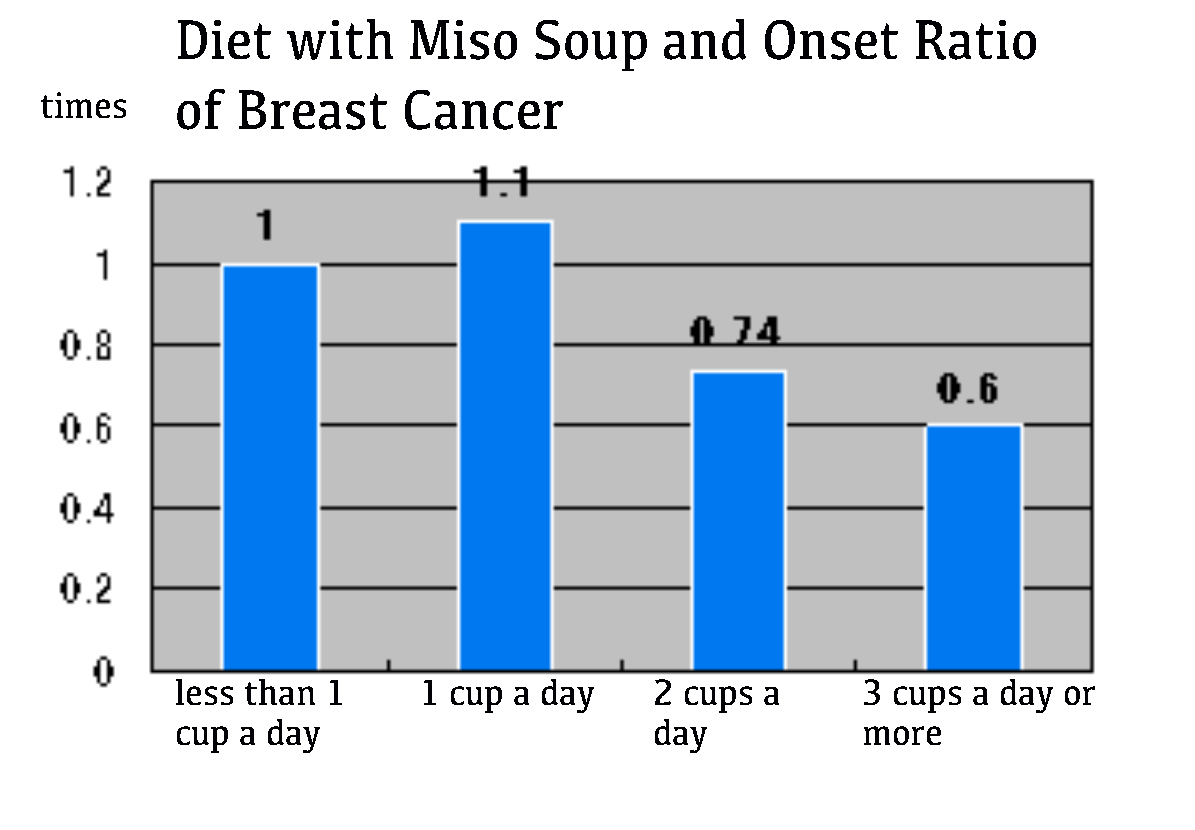 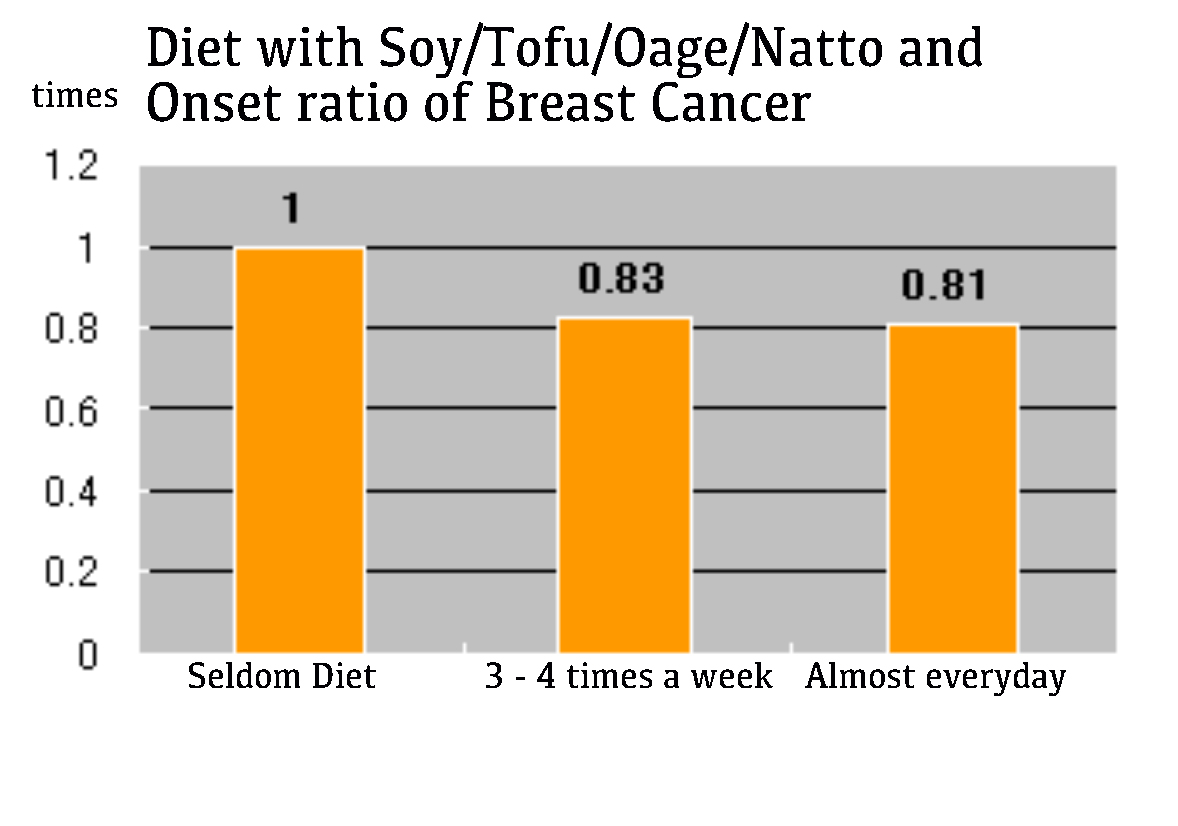 The reason is now apparent: Miso soup contains isoflavone aglycones, which are easily absorbed (see Q7) and stimulate the body’s natural systems. (Please note that we are merely introducing a study to the public, but are not in a position to determine any medical facts.)

Q7: What is the difference between isoflavone aglycone and the standard isoflavone?

Go back to the Effisoy® product page