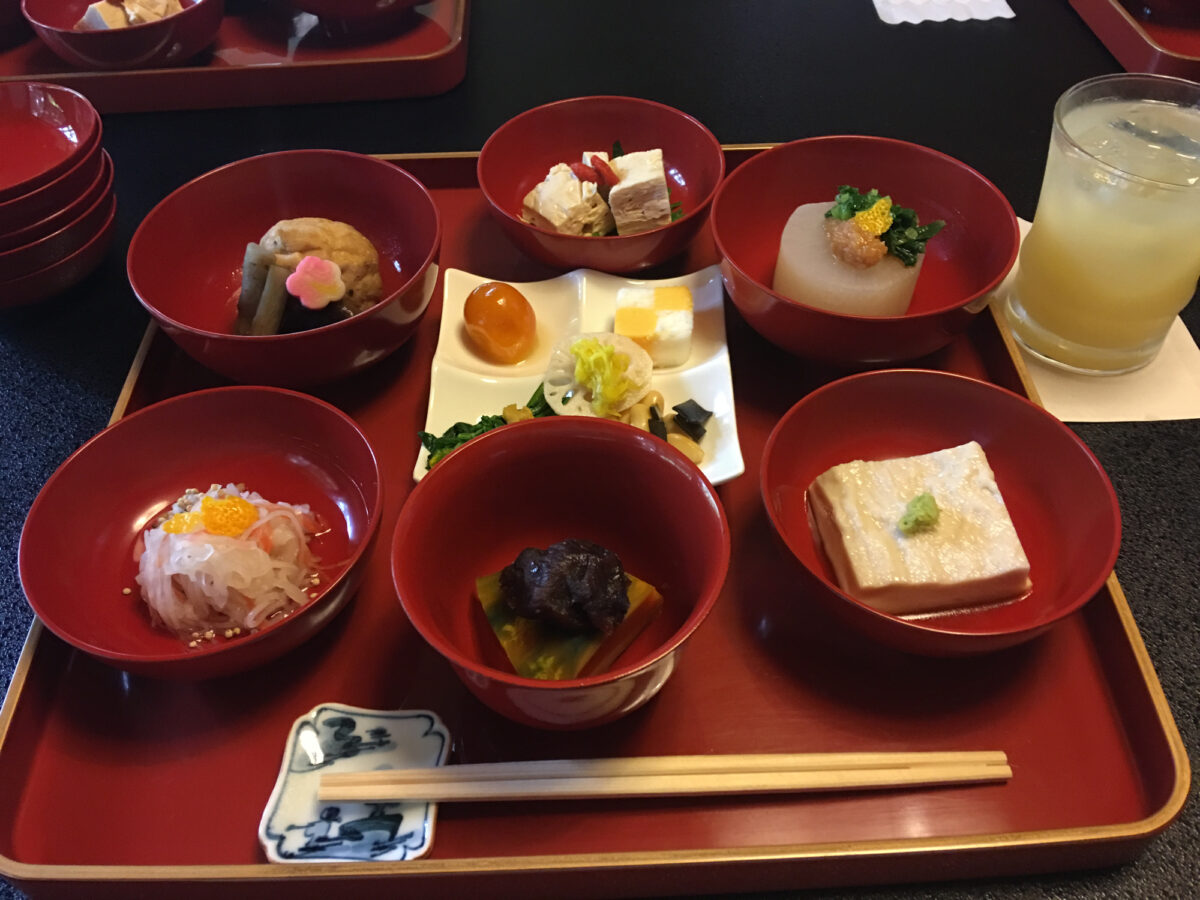 Japanese women enjoy their healthy lives, as shown in “3 facts to show how Japanese women are healthy,” and it will largely be attributed to the healthy Japanese food established through their long history.

As a supplement brand originated from Japan, we have curated the crucial elements of the Japanese diet. We show you them and how you can take the benefits of them into your life, without tackling the taste and flavor you are not used to.  (Furthermore, foods from foreign cultures often cost high.)

Fish, they eat a lot 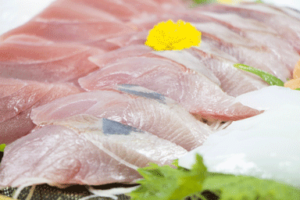 Japan is one of the biggest countries to eat a lot of fish. Fish is a protein source with lower calories and fat. It (especially blueback fish) contains omega three unsaturated fatty acids like EPA and DHA richly. They will lower your triglycerides and the risk of cardiac decease and stroke, comparing against having too much meat, which contains much saturated fatty acids. There are many variations of cooking fish, boiling, steaming, roasting, and sashimi (raw fish). There are also various products of minced fish. They play one of the major roles in the healthy Japanese food.
—- YOUR TECHNIQUE: Take sardine and anchovy. Instead of fish, chicken breast will be a low calories protein source.

Japanese people nurtured their unique culture to eat a lot of soy through their history to avoid eating meat for their religious reason. There is no such rule anymore, but they take various soy foods almost every day. Miso soup, Soy sauce, Tofu, Moyashi (soy sprout), Edamame, and more. Soy Food is also one of the major parts of healthy Japanese food, but less Western people know it.
Soy provides you vegetable protein with lower calorie and fat per the same protein quantity than meat. It also gives you a lot of dietary fiber. Isoflavone is an estrogen-like-material. But its activity as estrogen is about 1 / 1,000 to 1 / 10,000. It protects your estrogen receptor from too much stimulation by attaching to it.

One challenge of soy isoflavone is that it’s bound with big molecule and you can’t absorb much of it without resolving it with your intestinal enzyme. Unfortunately, it passes through your body too fast and most part will be discharged before absorbed.

In terms of this issue, Isoflavone from fermented soy, Isoflavone Aglycone, is already resolved with the fermentation and fully ready to be absorbed. Researchers in the Japanese National Cancer Center suggest the correlation of more fermented soy (namely “miso” or “miso soup”) diet and less breast cancer risk from their cohort study.

Isoflavone Aglycone also has a function to recover the natural DHEA (hormone precursor) synthesis waned with age. In this way, it mitigates menopause disorders.
—-YOUR TECHNIQUE: Take supplements made of ingredients from soy, for example, Nattokinase and Isoflavone Aglycone.

DASHI (low calories umami extract), which has less oil and adds up the thickness of the taste 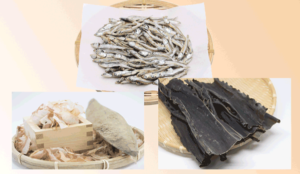 They didn’t have live-stock farming for edible meat in most of their history. So,  Japanese people of old times didn’t use animal fats for their cooking.  As vegetable oils are often difficult to extract and costly, they developed cookings without oil, and they used DASHI, umami extracts, to add up the thickness of the taste. The typical DASHI sources contain small dried sardine, shaved dried bonito, and dried tangle. DASHIs make dishes extra-low calories and extra-low fat regardless of their firm taste and flavor. They also lower the necessity of salt.  (The contemporary Japanese often use oil, but the above trend is still prevalent. )
—-YOUR TECHNIQUE: Vegetable stock will lower the calories of your dishes. Roasting and steaming will also restrain excessive calories.

Japan is the biggest country in the number of variations of fermented foods, almost double of China according to Dr.Koizumi, the most famous researcher of fermented foods in Japan. Japan already had a manufacturer and seller of pure rice malt in the 15th century, about 600 years ago. It would be the first every bio-business in the world.
The primary fermented Japanese foods are Miso, Natto, and Soy sauce from soy and various pickles, and most of the Japanese people take one or some of them every day.

Food’s fermentation will provide you exceptional benefits as the following.
(1) It helps you to balance the intestinal environment and support your immune system.
(2) It makes nutritions easier to absorb.
(3) It prepares food tastier.
—-YOUR TECHNIQUE: Most familiar fermented foods for westerners are yogurt and cheese. Kombucha is getting popular recently. In terms of fermented foods unfamiliar to you in taste and flavor, you can try them through supplements.

One soup and three dishes style, makes the Japanese food set healthy, with the better balance and less eating

The ideal meal style in Japan is called “Ichiju-Sansai,”  meaning “1 soup and three dishes.”  It comprises of rice, soup, one main dish, and two side dishes. It sounds never be different from Western styles, which consist of main and sides. However, their way is somehow different in size. They serve each dish small in the typical Japanese style. Taking these dishes little by little in turn, limited with the small portion, will slow your eating pace. Consequently it will moderate your appetite while balancing the nutrients.
—-YOUR TECHNIQUE:
(1) Separate your dishes to multiple plates and make each one small.
(2) Take a break when your appetite is satisfied to some extent. Have some (low calorie) soup, tea or water, and chat or read a book. Your satiety center is satisfied with 15 – 30 minutes delay. (Try this! Powerful for your weight loss.) 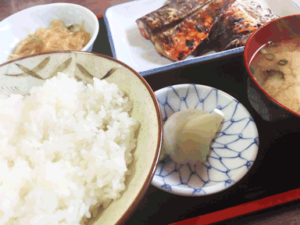 Rice has far higher amino acid value over wheat, which suppresses your appetite with the same volume. In other words, it is low in GI (glycemic index) value. Rice tastes good even in combination with foods without oil. Given these points, the total calories of a meal can be low with rice. Slow digestion of rice will also provide the same effect.
—-YOUR TECHNIQUE: Whole meal bread has even lower GI value than ground rice. Take protein with less fat and oil – For example, chicken breast with oil-free sauce.

One of the most popular fruits in Japan, on par with apple and strawberry, is Satsuma Mandarin Orange. It is called “Mikan” in Japanese. It is confirmed that β-Cryptoxanthing, a carotenoid specifically contained in MIKAN richly, helps bone health from the cellular level. (Refer the product page of “Bone Strength Complex” for the details.
—- YOUR TECHNIQUE: Try Bone Strength Complex by Juveriente® 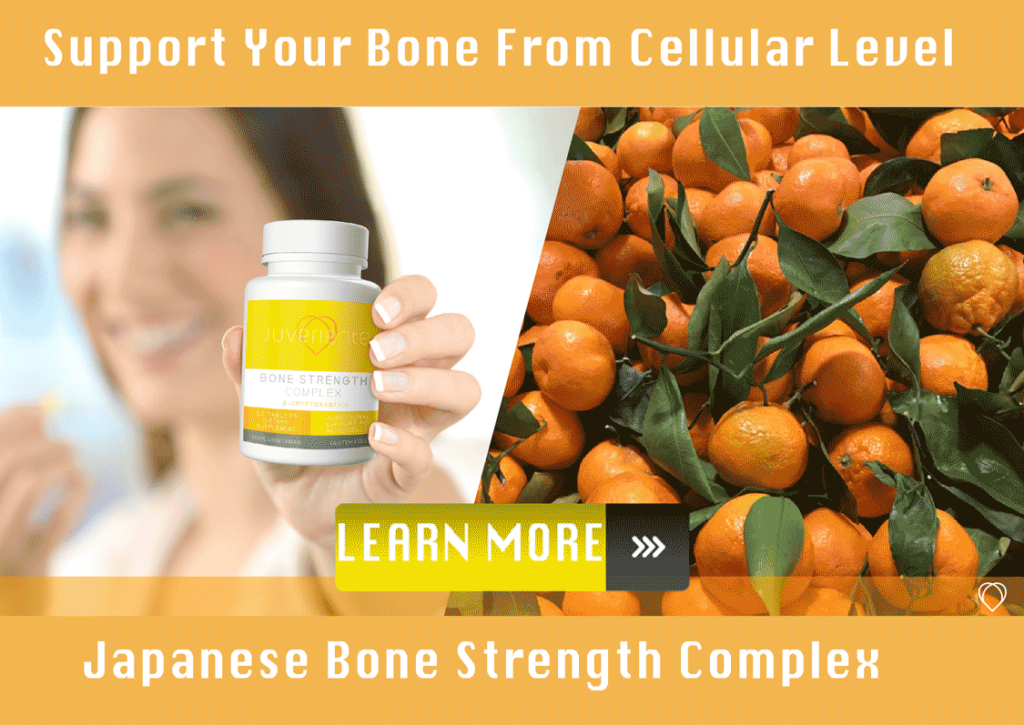 These features form the healthy Japanese food by less calories, less fat and the better balance. But there are also negative aspects like the following. That is, too much salt (because their fermented foods were mostly made as preservative foods) and they used to take too less protein to have stronger bodies.  But taking positive points from their diet without turning your back on your dietary culture will help you maintain your healthy life naturally.

Juveriente®’s brand concept is to provide you the opportunity to share the healthy Japanese food’s benefits in the shape of supplements, that you can easily take over the dietary culture difference.

to “3 facts to show how Japanese women are healthy“