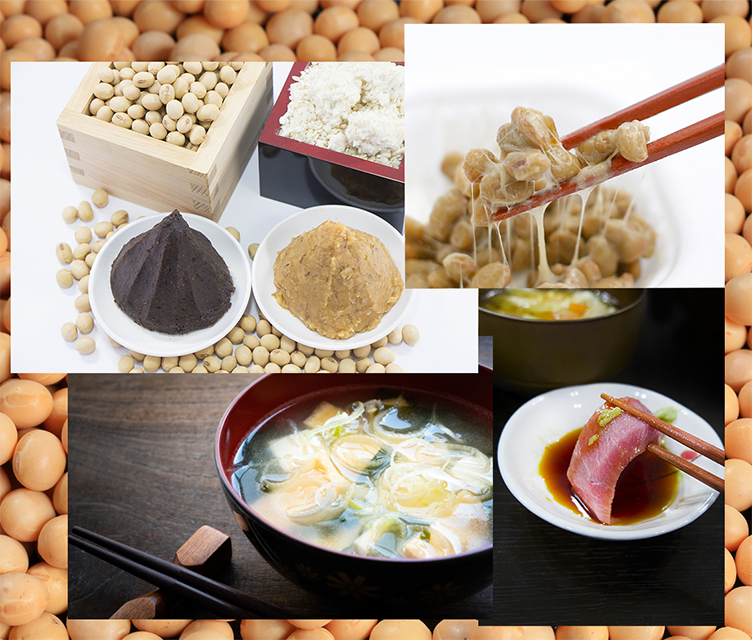 Fermented soybeans are staples in Japan, and they account for a significant part of the healthy Japanese diet. Natto, miso, soy sauce. Can we take the same health benefit in the Western world?

Let’s dig into the basics of the fermented foods and fermented soybeans.

The difference between fermentation and rotting

Microorganisms transform foods into different forms. If the new characteristics are useful for humans, it is fermentation. Otherwise, it’s rotting. The border is simply “whether it is useful for human or not.”

It explains why fermented foods have unique, or odd, flavors (or smells.)

On the other hand, most of them couldn’t eat cheese and yogurt in the past. Nowadays, western foods are prevalent in contemporary Japan, and they love those western fermented foods. Yes, once the “odd” flavor becomes familiar by habituation, the umami will steal their heart.

The other description to keep in your mind is that fermentation will resolve foods out to lower molecular. Let’s take a look at isoflavone. Isoflavones in standard isoflavone supplements contain sugar, and it makes the molecular too big. We can’t absorb it before removing it in our guts. But fewer people have an intestinal environment to do it.  Isoflavones from fermented soybeans are small and absorbable enough for anybody. Effisoy® is the only supplement to contain such isoflavone in the USA.

Three microorganisms to cause fermentation.

We have three types of microorganisms that turn foods more healthy and tasty—yeast, mold, and bacteria.
Wine is one of the oldest fermented foods in history. There is a winery in the remain of 6,100 years ago in Mesopotamia. In this ancient (and also contemporary) fermentation, yeast transforms the sugar of grape into alcohol. It is rather simple.

Fermented milk like yogurt and cheese is one of the oldest fermented foods, too. A bacteria called lactobacillus transforms milk into yogurt, and mold turns it into cheese.

These are rather simple fermentations by a single type of microorganism. The human developed more complicated fermentations.

It is common in East Asia to turn starches into sugar by molds called “koji” in Japanese and further transform it into alcohol by yeast. Japanese sake breweries convert the rice starch into sugar by koji mold and simultaneously turn the sugar into alcohol by yeast and lactobacillus. The more complicated process will require more complicated craftsmanship and create a wide variation of the taste and flavor, and rich nutrients.

Why many fermented soybeans in Japan?

Most Japanese people avoided meat in most of their long history for their religious reason, and it nurtured their unique dietary culture to place soy as one of their primary sources of protein. (Refer “Healthy Japanese Food“)

On the other hand, Japan has also nurtured the rich dietary culture of fermented foods in their humid climate. These two features interacted with each other and created their super healthy food materials, fermented soybeans, as miso, natto, and soy sauce, as their staples.

About Koji Mold: For your better understanding of fermented soybean foods

Japanese fermented soybean foods manufacturers plant molds grouped as “koji mold” on grains like rice, barley, or beans. These molded grains are called “koji” and they start the fermentation process by putting koji.

(1) Molds on the koji generate enzymes, and the enzymes resolve the protein, fat, or starch of the primary materials and bring alcohol, umami ingredients, flavors, etc.

(2) The koji mold transforms the grain starch into sugar, etc., and it plays a significant role even in the final product’s taste and flavor profile.

They will add koji by rice, barley, or beans into steamed soy with salt. The added salt and the sugar resolved from the grain will kill unnecessary microorganisms. The enzymes from the koji work initially, but koji mold extinguishes under the very salty environment. Then multiple salt-tolerant yeast and lactic acid succeed in the leading roles.

Salt concentration affects the activities of these various microorganisms, fermentation speed, and which one works strong or weak. Salt management is one of the crucial points in their craftsmanship.

Raw soybean is already rich in nutrients, even without fermentation. The fermentation will make it more nutritious, adding various amino acids and vitamins, and make them easier for digestion.

We, Juveriente®, focus on the improved isoflavone of fermented soybean and introduce it by EFFISOY®, our natural menopause supplement.

They make koji by soy and wheat together and then add saltwater to make something called “moromi.”  They ferment moromi into Soy Sauce.

The salt will prevent unwanted microorganisms’ contamination while it makes the base taste of soy sauce as a seasoning. It will also work to keep the activity of the yeast and lactobacillus slow for the better taste. Salt management is delicate and essential here, too.

Soy sauce is also rich in various nutrients like miso, by its complicated fermentation of soy and wheat. But, it is just seasoning and very salty. You can’t take much, and the practical health benefit will be limited.

But it adds an excellent taste to foods and entices your appetite.

Natto’s production method is much simpler than other fermented soybeans above. They soak soy in water and boil it to make it soft. Then they add natto bacteria and keep it warm for fermentation.

While the fermentation duration of miso and soy sauce varies from 6 months to 2 years, it is only about one day for natto, and only by a single microorganism, natto bacteria.

They manage the contamination of unwanted microorganisms and the fermentation speed by the delicate salt concentration control for miso and soy sauce. Still, they kill unwanted organisms only by boiling for natto.

While Natto’s production method is much simpler than its siblings, it has plentiful health benefits.

Nattokinase is already famous in the dietary supplements market. It is known to have an anti-thrombosis effect.

It’s rich in Vitamin K2, and it helps bone health.

Natto bacteria will activate and support the multiplication of lactobacillus in a gut. Besides, natto bacteria is thermal durable and can reach the intestine alive.

The primary material of the stickiness, polyglutamic acid, will restrain the surge of blood glucose levels after meals.

The fermentation removes the sugar from soy. It makes the isoflavone absorbable by anybody, as mentioned above. Is it the same in natto? Unfortunately, the answer is “NO.” According to Nichimo Biotics, the manufacturer of AglyMax®, a fermented soybean germ and Effisoy®’s main key functional ingredient, the fermentation of natto is too short and doesn’t remove the sugar.

How to take the benefits of the Japanese fermented soybean foods

As we have already discussed, fermented foods have their unique flavors, and they may be odd to people from other dietary cultures. Even if you overcome it by tireless (?) effort, it won’t be easy to find high-quality products in your country, where those foods are not common. Do you even get it over by your homemade?

It will be possible, but the standard solution will be dietary supplements.

Here are some recommendations for you.

The only supplement you can take isoflavones from fermented soy

Attention: Effisoy® is only US$35/unit in the Juveriente® shop. (for multiple units per shipping in the USA, except for Hawaii and Alaska) 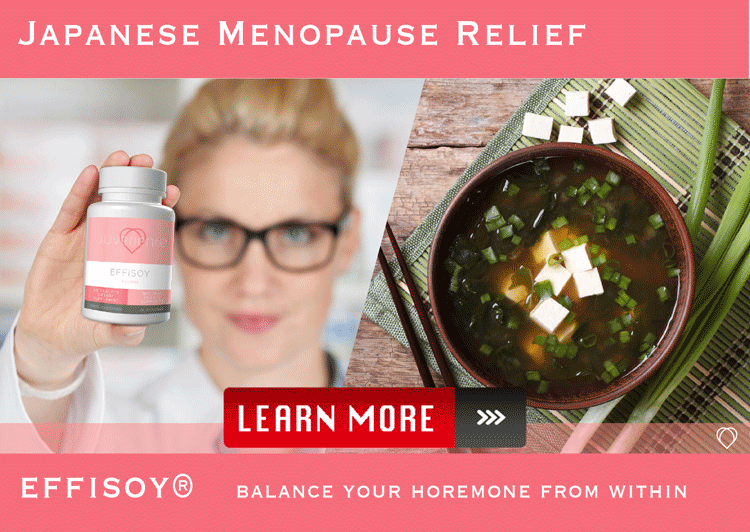