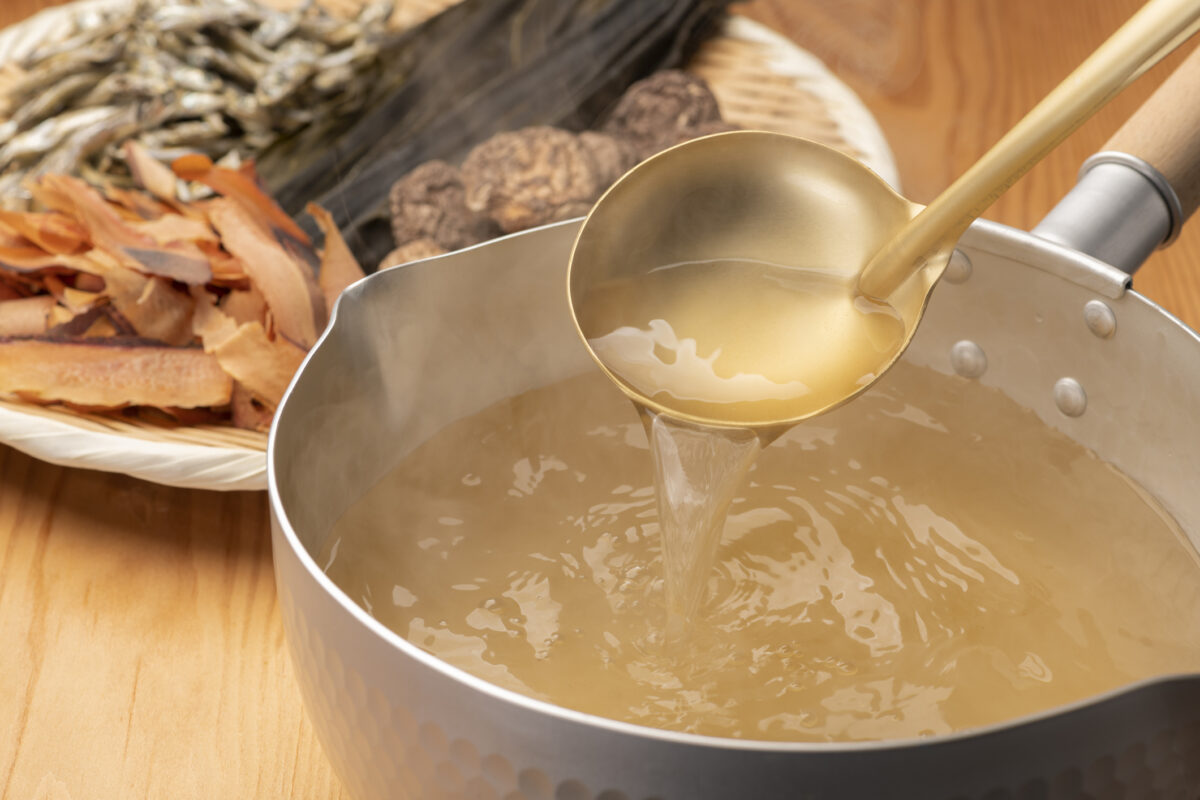 Reduce your calories by utilizing umami

Do you know the term “Umami“? It is from a Japanese term, meaning the taste element to add or deepen tastefulness in foods. If you know it from brand names like “Umami burger”, you may not have a healthy impression about it. Apart from such a commercial utilization, though, it is actually a key to reduce your calories. It adds thickness and tastefulness to your dishes without oil, sugar nor salt.

Umami is an independent basic taste

Japanese people have traditionally used “dashi”, some food extracts to add or amplify tastefulness in their cooking. The essence of dashi is Umami and it is actually the 5th basic element.

How Japanese people use “dashi”?

3 major dashi (umami extract) bases in Japan are konbu seaweed, dried bonito shavings and dried shiitake mushroom. The usage is simple. For example; They put some dried bonito shavings in to boiled water for a minute or two. Then they take out the residue after the extraction. They cook miso soup with this hot water. Miso, fermented soy paste, has nice taste and flavor on it’s own. But the dashi will deepen and organize the whole taste of the miso soup.

juveriente.com
Fermented Soybeans / Variations and Health Benefits
Fermented soybeans are staples in Japan, and they account for a significant part of the healthy Japanese diet. Natto, miso, soy sauce. Can we take the same health benefit in the Western world?Let's dig into the basics of the fermented foods and fermented soybeans.The difference between fermentation and rottingMicroorganisms transform foods into different forms. If the new characteristics are useful for humans, it is fermentation. Otherwise, it's rotting. The border is simply "w...

How scientists found it as actual substances and an independent basic taste?

They considered it as an independent taste element beside other basic ones like saltiness, sweetness, etc. But Western scholars didn’t believe it. According to their thought then, it was merely the tastefulness by the complex of other basic taste elements.

In 2002, they found the receptor of umami on human tong. It is a common recognition now that umami is the fifth basic taste element after saltiness, sweetness, sourness and bitterness.

How can you reduce your calories with umami?

They found it from the Japanese “dashi” culture. But Western foods also has their own umami bases, like fond or broth.

It may be hard for you to try new tastes from a foreign dietary culture. It will be easy for you to utilize vegetable broth and reduce sugar, salt and oil.