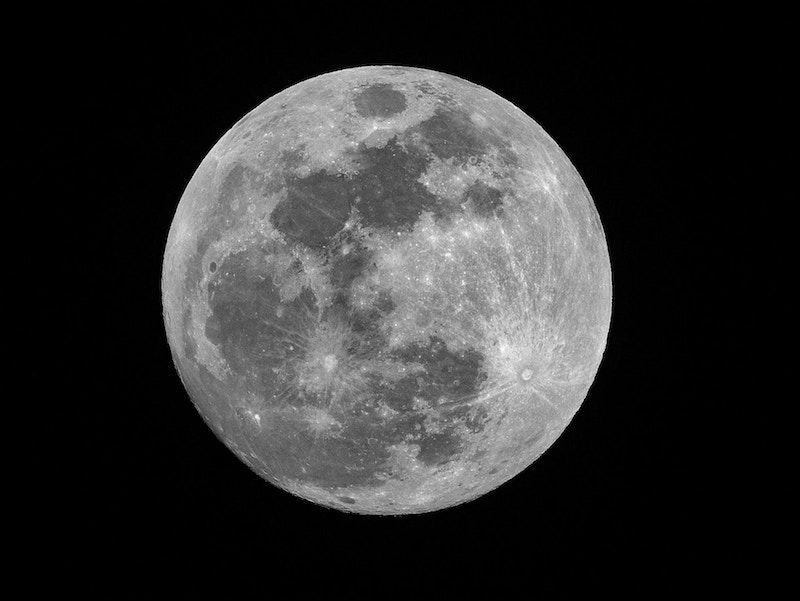 Is it true that a woman’s menstrual cycle can align with the phases of the moon? The very root of the word menstruation, and menses, come from the Latin and Greek words for moon (mene) and month (menses). Some say it may be an old wives tale– perhaps the original old wives tale– but scientific studies have addressed this very question with fascinating results. One study done by the governmental agency NCHI found that out of almost 900 women surveyed between the ages of 19-25 there was a clear trend. More women did menstruate during the new moon– the phase when the moon is dark– compared to other times of the month. In fact, almost 30% of the women surveyed were menstruating during the new moon, whereas during the rest of the month, the number of women in their menstrual cycle ranged consistently between 8 and 12%.

On the other hand, other studies have revealed exactly the opposite, that there is no correlation between the moon and women’s cycles. Clue, one of the largest women’s health and fertility websites and applications, was able to track the data on over 7 million women. Their findings showed no correlation between the lunar cycle and women’s menstruating. So, is the theory fact or fiction?

The History of the Moon and Women

There are various explanations as to why some women cycle along with the moon. Traditionally, a woman’s menstruation can align with either the new or full moon. When a cycle begins during the new moon, this is known as a White Moon Cycle. Cycling or bleeding the full moon is referred to as a Red Moon Cycle. The importance of the moon throughout history is very much tied to the cycles of women ovulating and fertility. The new moon, an era of darkness, is a time for turning into oneself, nesting, and hibernating in a sense. Bleeding during this time has been called the winter of your cycle. It is a time of lower energy and tenderness. In comparison, the light of the full moon has been used for millennia to plant crops and make decisions. With so much light, the idea is that ovulation, the time of heightened fertility, energy and libido, occurs in this wealth of warmth.

If your cycle happens to go through the Red Moon Phase, when you menstruate during the full moon and ovulate during the new moon, there are also interesting historical explanations. Flo Living, a center for women’s health and fertility, often dives into these topics, explaining myth and science. They explain that traditionally, women who bleed during the full moon have become healers, wise women, and medicine women. These women, who would have heightened energy during the new moon, would be caring for the women who are bleeding at this time.

No Right or Wrong Time

A woman’s cycle is its own evolving relationship. Sometimes subject to stress or environmental factors, one of the best things a woman can do is track her cycle and see the trends, emotionally and physically, that occur at each phase. Though there is nothing right or wrong with the timing of your cycle, some studies have indicated that spending time in nature might shift your cycle more in alignment with the lunar phases. As you move through your own monthly menses, note where the moon is in its cycle, and see if there is any relationship.