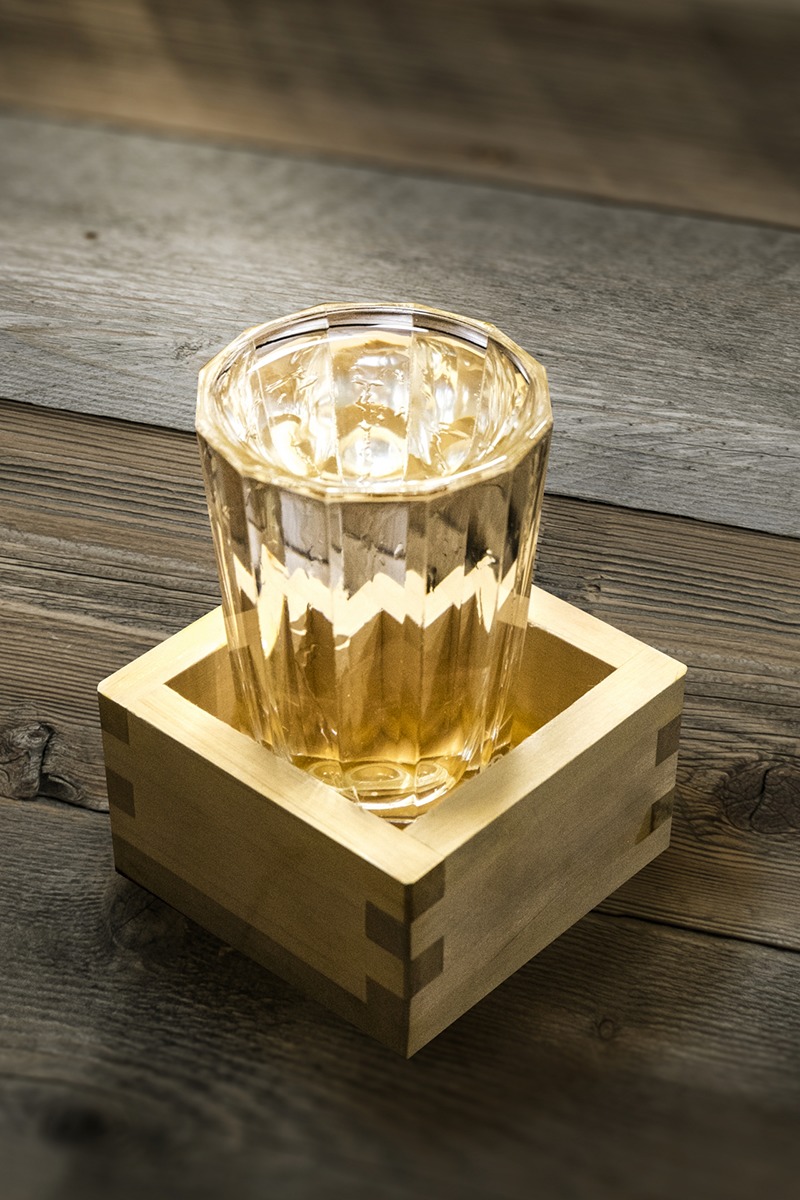 Japanese sake, one of the fastest-growing alcohol categories

One of my favorite Japanese sake brands, announced its partnership with one of the most famous female tennis players,  Naomi Osaka, recently an icon of her generation. According to their news release, Japanese sake has been one of the fastest-growing alcohol categories in North America over the last decade and be expected to expand by a further 51% by 2022.

We, Juveriente, know something about Japanese sake as the brand from Japan, which is dealing with fermented food material (AglyMax® for Effisoy®). We would like to make some simple explanations about the art of Japanese sake, the complicated craftsmanship nurtured through Japanese history as the following.

How to make alcoholic beverages?

How we can make alcoholic beverages?

Except for some minor cases of the industrial application, alcohol is not something we synthesize chemically. But it is a discharge of the bio action (it is called “metabolism”) of microorganisms called yeast. It is called “fermentation” that microorganisms decompose their “feed” and turn it into another substance due to their metabolism. (Just for your reference, it is a phenomenon called “rotting” when the outcome is harmful against humans. The line parting fermentation and rotting is whether the outcome is useful for humans or not. )

The simplest way to brew alcohol is hat you feed sugars to yeast.

Grapes are the richest in sugar (glucose) among major fruits and a lot of yeasts exist on the skin of grapes. If you crush a grape and leave it, it will naturally turn into an alcoholic beverage. It is wine.

We found a relic of this simplest brewing method of an alcoholic beverage in a 6,200 years old Greek remain.

The human has improved it and added various fine-tunings in the long history, but yet the simple basic routine is the same even nowadays. We call it “Simple Fermentation” because we can make liquor with a single fermentation. (Though it’s quite simple, we don’t recommend you to brew a homemade wine. Unwanted bacteria may thrive over yeasts and rot the liquid if without the right expertise. )

When you keep chewing starchy foods like bread, it will gradually turn sweet. It’s because the enzymes in your saliva will decompose the starch and turn it into sugar, glucose. Sprouted grains have similar enzymes and they turn their starch inside into sugar (maltose). We utilize this sugar and brew beer.

The above “1” is also a kind of fermentation. This method combines these two fermentations in turn and we call it “Multiple Sequential Fermentation”.

According to the latest study by a Japanese beer brewer, ancient Egyptians of 5,000 years ago already did it industrially.

Now we talk about the most complicated brewing method. Japanese sake.

We cause the two fermentations in turn, from starch to sugar, and from sugar to alcohol, in the brewing of beer. But we cause those two different bio reactions simultaneously in one tank when we brew Japanese sake. We call it “Multiple Parallel Fermentation.”

We use stuff similar to malt (sprouted wheat). It is a molded rice, with a particular mold for sake brewing, sorted and purely cultured through the long history of Japanese sake. The mold is called “Koji mold.” It secretes enzymes to decompose starch in the rice. The rice with Koji mold is called “Koji.”

The most significant benefit of the multiple parallel fermentation is that we can keep the yeast’s feed (sugar) at the appropriate level, in line with the yeast’s activity. Yeast’s alcohol fermentation can’t last when its meal (sugar) is short. But if we provide too much sugar at once and make the sugar content too high, the microorganism, yeast, can’t survive it.

In the multiple parallel fermentation, we put the rice and Koji (fuels of the fermentation from starch to sugar) into the tank by multiple (usually three) times separately. The starch-to-sugar fermentation happens at an appropriate pace. It will enable the ideal speed and duration of the alcohol fermentation, which is happening in the same tank. For example, a long term low-temperature fermentation will contribute to the flowery flavor and clear taste of premium sake.

We say here that we control the yeast’s activity. But, it is not an easy matter like the operation of a machine. Fermentation is not an act of a production machine, but an activity of a creature. Setting the same one fermentation condition set will never guarantee the same one result. So even a single fermentation requires close and delicate care to attain a target quality of the outcome. When 2 of such unforeseeable phenomena are combined, the management will get more difficult exponentially.

Japanese breweries established most of the above methods by the 13th century and, their craftsmanship has made it more and more sophisticated through their long history since then. There was no modern measuring equipment and, nobody knew about microorganisms, but the sake craftsmen, called “TOJI”, watched and managed the ultimately complicated microorganism activities by full of their senses and created beautiful tastes and flavors. It is already an art, rather than merely an operation.

Nowadays they have all the modern kinds of equipment and good knowledge of microorganisms, but the best sake quality still requires TOJI’s expertise and delicate care in detail.

More Modern Technologies In The Premodern, Developed With Japanese Sake

Besides the above mentioned microbial transition control, there are two other modern technologies from their premodern history, which also show the profoundness of Japanese sake.

They developed the pasteurization already in the 16th century, 300 years prior to Pasteur. Pasteurization was named after Pasteur!!) It prevailed in the Japanese sake industry since then.

They don’t take mother Koji mold to plant on the rice to make Koji from the atmosphere. The brewers purchase the purely cultured mother mold. It sounds natural in the modern age. But when did they start to buy the cultured mold? There were already suppliers to culture the mother Koji mold in the 13th century, the time of crusaders! It would be the oldest bio-business in the world.

If you like to know further details about Japnese sake, proceed to the next post, “Take a look inside the sake master’s world.”

juveriente.com
The Art of Japanese Sake 2 (Take a look inside the sake master's world.)
Why we say "The Art of Sake"?Sake brewing passes through complicated processes. The sake master (Toji) needs to take care of each point in a delicate manner. It requires high expertise and continuous carefulness all through the processes.I try to explain to you the key points of such a complicated brewing.  It may be interesting but maybe somehow lengthy for you. You don't need to read it through if you don't have time or are not interested in such details.The summary and ...

juveriente.com
3 facts to show how Japanese women are healthy
The goal of Juveriente® is to bring the same health benefits that healthy Japanese women are enjoying from their traditional diet.Here are some facts about their healthy lives.Japanese women have one of the longest life expectancies by average in the world. Click for the original article.USA Today reported"According to the World Health Organization, in 2018, the average life expectancy in Japan is 84.2 years old. Men live an average of 81.1 years, and women live an average of 87.1 years....

P.S. About Distilled Beverages (Whisky, Vodka, and many other high alcohol liquors)

You may think there are many other alcoholic beverages like whisky or vodka, even beside wine, beer, and Japanese sake mentioned above.

The above three are generally classified as “Fermented Liquor” because we drink them basically with no further processing after the above fermentations.

Others, high alcohol liquors, like whisky or vodka, are the kinds that we add further processing to either of the fermentation methods explained above to achieve higher alcohol concentration. We classify them as “Distilled Liquor” vs. “Fermented Liquor,” and I didn’t list it beside the above three.

I explain you the operation method of the distilled liquor just simply here.

They repeat it a few times to get further high alcohol for some kinds of liquors. But more distillation will impair the original taste and flavor. Thus they age the distilled liquor to add taste, flavor, and color afterward, for some kind. For example, whisky is aged and add up the flavor and the color from the barrel.