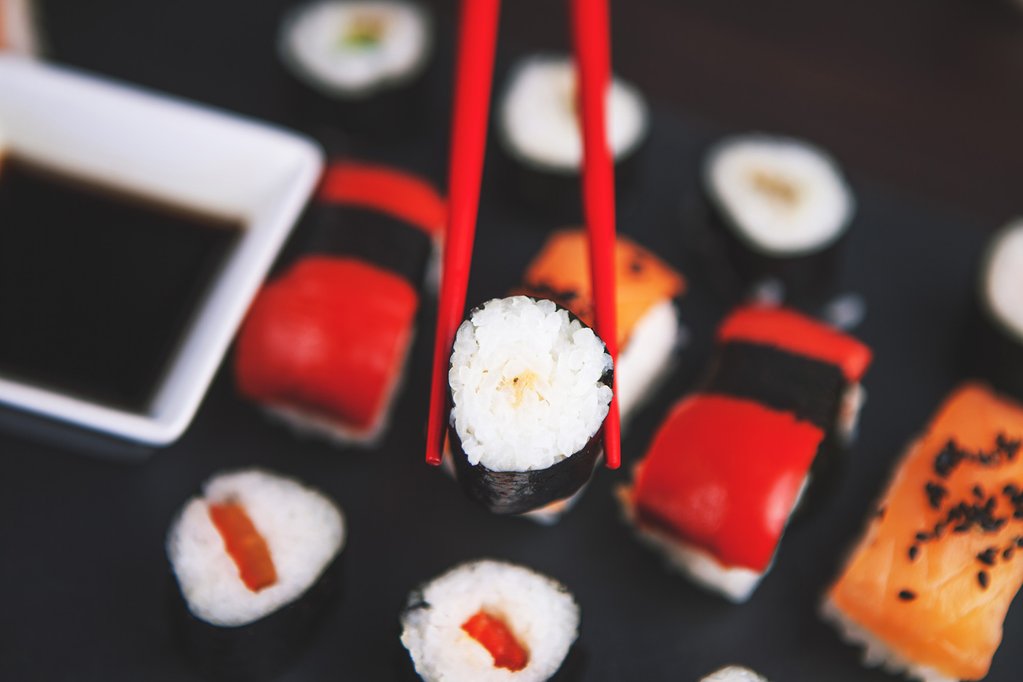 The food history of humans is one of the lenses through which to view the evolution of culture, creativity, and health. Food history is typically broken down into three patterns: famine, sufficiency, and abundance. In modern times, most of us live in a world of abundance, if not over-abundance. Lifestyle-related diseases, like Type 2 Diabetes and heart disease, have developed in many countries due to changes in how we live, how active we are, and what we eat. When it comes to the things we put in our body, natural supplements like Effisoy are part of this philosophy: our bodies respond to what we ingest. This philosophy has been an integral part of Japanese culture for millenia.

Diet concerns the global population of humans. The need for a healthy diet is not restricted to certain countries or populations, although some countries have shown better results regarding general population health. Japan is one such country. The attention and care given to diet, the food produced, consumed, and presented, far exceeds many other countries, especially those in the Western hemisphere. But Japanese traditions did not spring forth from nothing. Much of the initial influence on Japanese practices was Chinese.

Ancient Chinese medicine, herbal medicine, folk medicine, and the use of specific animal parts is still found in modern day practices in China, Japan, and other Eastern countries. The connectivity is key: healthy ingredients aren’t just given to those who are sick. They are woven into the fabric of daily life. This practice can be traced through the evolution of Japan’s culinary culture, a chronology that begins in the 5th century.

A physician who came to Japan from China in the 5th century, through the Korean peninsula, was one of the first to share the knowledge between countries. By the 7th century, the Imperial Court of Japan had sent missions to Sui and Tang China so that emissaries could learn about medicine as well as state administration. This led to a code that was an imitation of Tang China’s legal code, and within the law was a stipulation that Japanese medicine should be based on Chinese medicine. But other factors were at play, including environmental, social and political forces.

Environmentally, Japan has always been a culture focused around rice, as has China. A Chinese text from 5 AD said, “Grains are the basis that sustain life. Fruits support the power of grains, meats provide benefit, and vegetables enrich.” While other regions were wheat-based (often colder areas), Japan and China were warm and humid, the perfect region for rice. With rice cultivation comes water and fish, so rice and fish became staples for the people in this region. Japan also has mountains that cover over 70 percent of its land area, as well as extensive rivers; this landscape has had its effect on food as well as the plants grown. There are many plants that grow in Japan that have been used for medicinal purposes. For example, some studies have shown there were more than 800 species of plants used to make folk medicines. This is out of a tallied 7,000 species of plants that grow in Japan, meaning nearly 10% of all plants in Japan are medicinal. This statistic is incredible to imagine.

The use of these medicinal plants is key to understanding the evolution of Japanese cuisine. According to Chinese practice, plants, herbs and spices are broken down into five tastes which function according to season, physical condition, illness, and the need to avoid some foods and some food combinations. Understanding these tastes also prioritized the importance of mind-body connection, and the evolution of this philosophy can be traced through various periods.

In the Heian period, (794-1185), the daikyō ryōri, the cuisine at the time, was very similar to Chinese food in terms of what was eaten as well as how. For example, a menu had to have an even number of dishes, and both spoons and chopsticks used. During this period, Japanese also developed “cutting” skills, deeming some to be “masters of the knives.” This is when the attention to detail first came into play regarding the skills necessary to be a master chef.

The shōjin ryōri (精進料理) of the Kamakura period (1185-1333) also mirrored the Chinese traditions, but in a different way. During this time, monks had who had studied at Chinese zen temples came to Japan and emphasized that there should be no consumption of animal products. Pork had become popular five hundred years before, had waned with government intervention, but was still eaten at times. These monks did, however, use fine ingredients–herbs and spices–to create elaborate dishes without meat, dishes that mimicked the flavor. The flavors of Japanese cuisine grew to include “yōkan (jelly made from bean paste) and ganmodoki (tofu fritter) dishes. Other plates used agar instead of gelatin, or tofu made from high-protein soybeans. Much of the food was fried or prepared in sesame oil or miso. During this era, Buddhism was integrated into the cuisine. The typical Japanese soup stock was also developed during this time. The soup stock that was used was probably extracted from ingredients such as kombu seaweed and shiitake mushrooms; this was the progenitor of the distinctive dashi stock that is currently a defining component of Japanese cuisine.

The Muromachi period (1337-1573) brought in honzen ryōri (本膳料理), cuisine that was served at celebrations for samurai. This is when Japanese cuisine began to depart from Chinese influence. One way was that the meal had to have an odd number of elements. It was also eaten from small individual trays (zen) and suited to a floor-based lifestyle. Only chopsticks were utilized, rather than chopsticks and spoons. This is also the period of the tea ceremony, flower ceremony, and the first culinary schools. The soup that had been developed in the previous era was also developed more through the use of katsuobuhi (dried bonito shavings). This final ingredient solidified the stock that is fundamental to modern Japanese dashi-based food culture.

The Sengoku period (c. 1467 – c. 1603) brought a highly spiritual form of cuisine that developed at the same time as the tea etiquette and ceremonies. There was more attention brought to detail. The method of serving and preparing was emphasized, and every tea ceremony was seen as a unique encounter between individuals. Importance was given to all aspects of cuisine.

The Edo period (1603-1868), brought about the popularization of cuisine. Restaurants were developed, and the consumer culture of cuisine grew. Anyone could enjoy gourmet food, whenever they liked, as long as they had the money to pay for it. This creative period brought about kaiseki ryōri (会席料理), a cuisine consisting of a number of dishes served on a tray that was ordered in advance and eaten at restaurants. Still focusing on classic ingredients–rice, fish, vegetables–the elaboration of dishes evolved. Cuisine schools and cookbooks grew in popularity and industries to produce soy sauce and miso thrived. This era also brought about more knowledge regarding health and diet. Whenever there were outbreaks of diseases, like smallpox or cholera, there were woodblock prints that explained which foods to avoid and which to consume.

The evolution of medicine deepened during this time. In 1709, a culmination of herbal knowledge was published in the book Yamato honzō. This text was the last in a series explaining and defining Japanese herbalism. By the mid-1700s, the notion that food, sex, and sleep were intimately connected to health was held to be the norm. And yet, 100 years later by 1869, during the era of Westernization, Western medicine was adopted as the predominant medicine of Japan. This coincided with the height of the Edo period. As Western practices were adopted, the divide grew between those who had wealth and those who didn’t. This created an imbalance, a sense of culinary hedonism. In the cities, abundance became the norm, whereas in the countryside, families were starving from famine and disease.

But the growth continued, regardless, and utilization the plants and produce available continued to improve the reputation of Japanese cuisine. The dishes evolved to include more herbs, spices, and experimentation, but the culture remained tied to rice, miso, fish, and the dashi stock. It was only in the 1980s that consumption of meat passed consumption of fish. The ideal meal of Japanese cuisine emphasizes one soup and three side dishes. Throughout the 20th century, this combination of plates has felt the outside influence. Japan’s food self-sufficiency decreased below 40% by the end of the 20th century. And yet, even with the integration of products from other countries, the health of the Japanese people has been sustained. Part of that is due to the education of the young.

In politics and education, Japan has adapted a unique system known as FOSHU (Food for Specified Health Use) that emphasizes how healthy foods sustain humans, but diet cannot be a singular solution. Diet and health accumulate over years. With the philosophy of Ishoku-Dogen, popularized in the 1970s, there has been a return to seeing food and health as interwoven, but that integration comes through authentic creations. Japanese people won’t just add an herb or take a pill for the health benefit; they incorporate the flavor into their daily habits. The evolution of the Japanese emphasis on diet, on the meticulous attention paid to the details of cuisine, has powerful effects. The Japanese are known to be some of the healthiest people in the world. In fact, the World Health Organization stated that the Japanese have the longest life expectancy of any country in the world, with an average of 83.7 years. [1]This culture of cuisine will only continue to evolve and develop with time, and there are many lessons that can be learned if the ultimate goal is health and longevity of a good life. [1]

Menopause is a natural and biological process, but it’s symptoms can disturb your lifestyle.These symptoms can be cause of low energy, disturbing sleep and your emotional health! If you’re experiencing these symptoms and looking natural relief for menopause, then check out our amazon online shop.