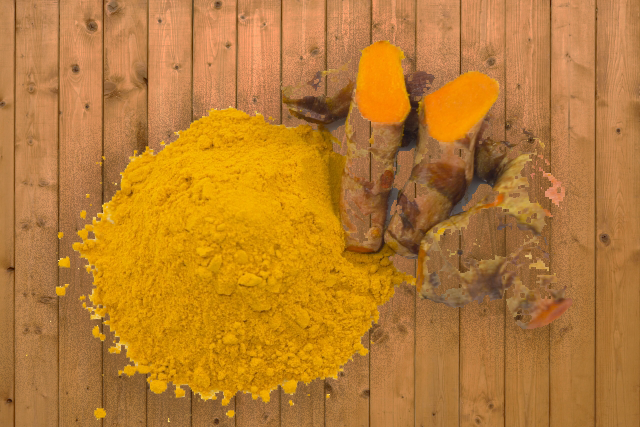 Creators, teachers, and health enthusiasts often say that you don’t need to reinvent the wheel; most things have already been tested, proved, and experienced. When it comes to combating inflammation, a difficult effect of aging and a product of older injuries, gastrointestinal challenges, and other bodily shifts, it is important to stick to the secrets of centuries past.

India produces over 95% of the world’s turmeric, and Indians have used turmeric for millennia. The active compound of turmeric, curcumin, holds most of the healing and anti-inflammatory power. Through ayurvedic medicine, the oldest known system of medicine, turmeric has factored into various healing remedies. When a child falls, the mother will often give her a cup of warm milk with turmeric. Daily doses of turmeric, the yellow-gold spice that can be bought in most grocery and health stores in the U.S. now, have been noted for their ability to minimize inflammation. Curcumin, the active compound, has been studied for reducing effects of osteoarthritis and arthritis.

How to Consume Turmeric

Consumption of turmeric can occur in many forms. Ayurvedic doctors often recommend incorporating it into daily cooking practices, rather than taking a capsule. The spice, slightly spicy, pairs well with curry, cinnamon, and cloves. You can drink it with warm milk or water, or in a tea, as many companies now sell turmeric tea. In general, it’s recommended not to have more than 3 mg/kg per day. Also, turmeric is best absorbed into the body when it is taken with a healthy fat source, like avocado, or when it is paired with black pepper which has an activating compound, piperine, which helps the turmeric infuse into the body.

Ginger and Gingerol: Soothe the Body

Ginger, when consumed in powdered or the raw root form, is an excellent source of anti-inflammation properties for the body. The active compounds in the root, gingerol and zingerone, have been studied for their abilities to reduce the effects of colitis, kidney damage, diabetes and cancer. It also can fight oxidative damage, the accumulation of harmful free radicals, or toxins, in the body through food, the environment, and cleaning and beauty products. Ginger, like many spices and roots, must be taken in doses. It is recommended not to consume more than 2-3 grams, as an excess can cause digestive issues or heartburn. It is a warming flavor, often paired well with clove, cinnamon, curry, and cayenne pepper. When cooking with ginger, it can easily be used to coat poultry, fish, or vegetables. There are also many teas that are infused with ginger, or a simple boiled water with ginger can suffice.

Though a spicy food doesn’t typically conjure images of anti-inflammation, cayenne pepper contains capsaicin, the compound that makes the pepper hot, and that also helps with inflammation. The pepper also contains antioxidants, flavonoids and phytonutrients that break down free radicals at a cellular level, leading to less inflammation. Recommended doses, according to University of Maryland’s Medical Center, is between 30-120 mg. It can be consumed in powder form, added to food, or taken as a supplement.

Getting Started with Anti-Inflammation

These three sources of anti-inflammatory properties can be incorporated into the daily diet in a variety of ways. Start with one and notice if there are any improved effects in the body. From there, begin to incorporate other foods that can reduce inflammation and, combined with a healthy diet and exercise and plentiful amount of water, enjoy the benefits of a more relaxed body.