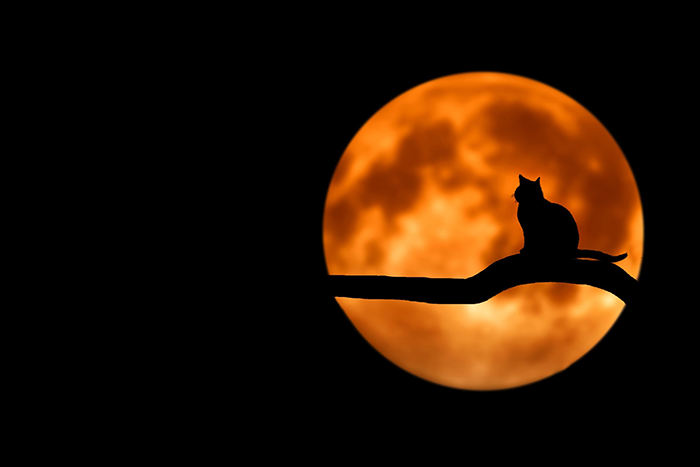 How do you know when menopause is finally happening? For most women in North America, they will experience symptoms of menopause between the ages of 40 and 58, the average age being 51. Race, age of first period, and use of birth control pills and other fertility-regulating methods do not seem to affect when menopause begins. However, one study has found that women who smoke tend to begin menopause earlier than non-smokers. Menopause has, however, been linked strongly to genetics, meaning your biological mother’s age of beginning menopause, as well as other women in your family, might indicate when you can expect to begin this new phase of your cycle as well. Menopause begins with a stage often referred to as perimenopause, which can last from months to years depending on the person.

When perimenopause first begins, some signs you might notice are mood swings, vaginal dryness, some irritability, hot flashes, and irregular periods. Perimenopause indicates that the ovaries are starting to produce less estrogen. Most women in their 40s have these symptoms at varying degrees and with varying frequency. A good rule of thumb is to begin charting your menstrual cycle, as well as accompanying symptoms, as soon as possible. Familiarizing yourself with your own phases of menstruation helps to gauge whether there are new trends developing or if you’re still within a variation of your normal flow.

The basic definition of menopause is twelve months without menstruation in the absence of any other conditions. However, that shift from perimenopause to menopause is sometimes difficult to define. It’s important, however, as a woman can still become pregnant during perimenopause (though the likelihood is small). One of the ways some women try to understand the shift is through testing. However, many people say testing is not necessary to determine if your body is moving through perimenopause and menopause. Hormone levels fluctuate greatly, and various hormone testing, as well as saliva testing, is not as reliable because of these constant fluctuations.

Noting your own cycles and your bodily changes is the best way to sense if there is a change, though if you want to look for more of a concrete explanation, there are some methods. One method for testing is FSH (follicle-stimulating hormone) testing which looks at the level of this hormone in your body. In general, if you haven’t had your menstruation for over a year and your FSH levels are consistently at 30 mIU/mLor higher, it is assumed that you have begun menopause and moved out of the realm of perimenopause. However, because perimenopause has many fluctuations, a single FSH test does not confirm that menopause has began.

Evolution of the Cycle

As your menstrual cycle changes to perimenopause and then menopause, noting your body’s response and any new mental/social/emotional/physical changes is important. Take time to document. As your body changes, and your estrogen production decreases, taking a natural supplement can help alleviate those symptoms that some women seem to experience more than others. The most important thing is to approach the transition with curiosity, to better understand yourself and your body in this new cycle of living.